The forecast for Saturday is sunny with cloudy periods and a high of 19°, so June 4th is a go for

BSP’s very own band, Deep Groove, wows audiences with their soulful accompaniment. The band practices regularly with the choir and performs at every gig, inspiring singers to really get into the groove and audiences to get up and dance. 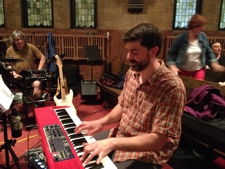 Paul grew up playing classical piano along with discovering his father's collection of jazz and blues songbooks. Later he played for years with local songwriter Karl Meinert, an invaluable mentor. In the 2000's he was a part of Ottawa groove and funk band J&E Grocery. His not-so-secret plan since joining BSP has been to rechristen the band Deeper Groove, with Hammond and Wurlitzer sounds. 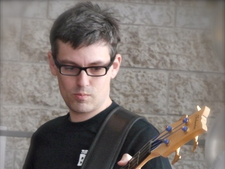 Paul studied bass with Jeff Berlin (Frank Zappa) as well as with Jerry Jemmott (B.B. King, Aretha Franklin) and considers them to be the primary influences on his playing style.  In terms of tone, Paul is influenced by bassists Juan Alderete (The Mars Volta) and Tim Lefebvre (David Bowie, Tedeschi Trucks Band) and their extensive use of effect pedals. If you listen carefully, you might hear Paul try and sneak some fusion, hard rock or electronic elements into the groove. 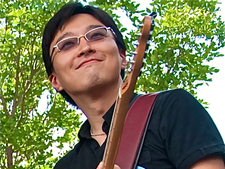 Tai, influenced by Steve Cropper, Cornell Dupree, Eddie Hazel and Jimi Hendrix, brings a funky and soulful taste to BSP. He enjoys not only playing guitar with BSP but also socializing with all the great people in BSP. Rumour has it he is the Hendrix of gospel music. 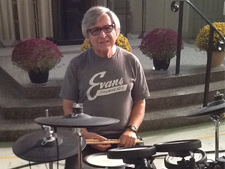 Conrad’s biggest influence has been Jeff Porcaro, the late TOTO drummer. He is a groove player and believes that the song comes first, so you must play in the pocket. All the singers in BSP blow Conrad away. He does his best to give them what they need, a steady beat and something that they can move to. Conrad’s intent is that they and the music become one.