BSP is absolutely thrilled to welcome Tahlia DeCorso as our new Music Director. 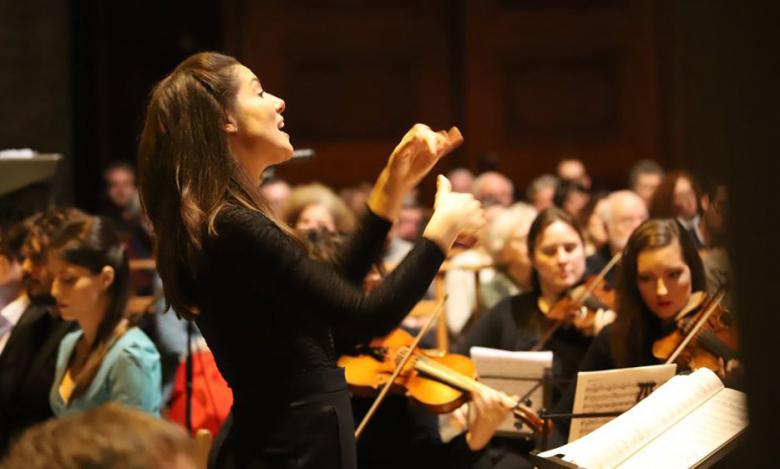 Pianist, conductor and educator, Tahlia DeCorso has been involved in music since a very young age. As an active member of the music scene in her home town of Adelaide, Australia, Tahlia had her orchestra debut at the age of sixteen performing with the Adelaide Symphony Orchestra. She completed a Bachelor of Music and Honours degree, as well as a Diploma in Music Education at the Elder Conservatorium of Music, Adelaide University. She has won numerous prizes and awards during the early stages of her musical career. Further studies took place in Europe, completing her Masters degree in 2015 in the Netherlands. Tahlia has performed as soloist and chamber musician throughout Europe (Germany, Hungary, The Netherlands, Belgium) as well as Australia.

As an educator, Tahlia has been involved in music education for over 10 years holding teaching positions in secondary and primary school. She enjoys getting young people enthusiastic about music and engaged in creative projects.

Along with her love of the piano, Tahlia has always had a love for singing. She has been a member of ensembles in both Australia and Belgium, ranging from classical, jazz to contemporary and pop music. This passion for singing led her to explore conducting opportunities with both adult and children choirs. Most recently she was Artistic Director of Nuovo Marco (Brussels) as well as Assistant Conductor of the Brussel Carol Concert Choir.

Now based in Ottawa, Tahlia is delighted to be the Music Director of BSP and is looking forward to creating memorable musical moments and getting to feed her passion for soul and gospel music. Tahlia is also the conductor of Ottawa Children’s Choir ‘Viva Choir’ as well as accompanist for the Cantiamo Women’s Choir.